Preparing for Cybercrime: The £360 Billion Threat

On the grounds of the famous Bletchley Park site, famous for cracking the coded messages encrypted by the Nazis and hastening the end of the second world war, The College of National Security is being built to teach cyber skills to some of the most talented students in the UK in a bid to fight the growing threat of Cybercrime.

Cybercrime is continuing to grow exponentially and remains one of the greatest and most organised threats to businesses and citizens around the world, costing the global economy an estimated £360 billion every year.

According to the 2016 Internet Security Threat Report – delivered by Symantec – targeted spear-phishing email attacks in pursuit of private and corporate data have increased by 55% in the last year. The report also found that over 75% of genuine websites are susceptible to intrusion.

With cyberspace now central to the workings of modern society, encompassing our businesses, services and personal lives, it is imperative that we all contribute to a safe and secure online environment by being vigilant in how we communicate and store information.

NCSC advise that the best ways to protect yourself from cyber-crime are to:

Cyber Aware – formerly Cyber Streetwise – is a change campaign commissioned by the Home Office and aims to "drive behaviour change" across the UK, encouraging people to adopt the same level of care online as they do offline in their everyday lives.

Despite an estimated two million incidents of cybercrime being reported last year, only 32% of people are following the NCSC's advice in creating strong passwords made up of three random words, according to the cross-government security campaign.

48% of Britons are also not regularly downloading the latest software or app updates.

The below film has been launched by Cyber Aware, documenting lived accounts from victims of cybercrime. It is hoped that the short film will raise awareness of the advanced criminal behaviours currently being deployed by fraudsters and hackers, whilst also offering best practice on how people can secure the integrity of their digital footprint and private information online.

The College of National Security – the first school of its kind in the UK – will open in 2018 on the site of Bletchley Park, where British codebreakers operated during World War II.

Over 500 students, aged between 16 and 19 years old, will work towards a curriculum combining cybersecurity tuition and other related subjects, including computing science and physics, across a three-year period.

The College's opening is indicative of the UK's government's cybersecurity strategy, underpinned by an investment of £1.9 billion over five years, and aims to inspire the next generation of cybersecurity specialists with the capabilities to mitigate what is fast emerging as the biggest security threat to 21st-century Britain. 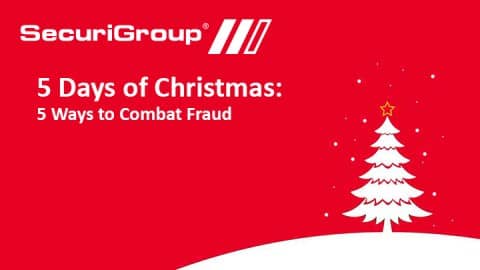 With five days remaining before Christmas, SecuriGroup is running a campaign to help its clients and followers avoid potential fraudulent situations that arise during the festive peri...